Caring for people and planet

The Planetary Healing charity would love to see a bee-friendly hive at the bottom of every garden kept in a bee-centred manner, with genuine surplus shared with the family.

To that end, we have formed a network of like minded beekeepers who have the aproach of "giving to the bees" as opposed to "taking from the bees" and looking after them in a more holistic way. We share notes, visit each other's bee hives, exchange knowledge and help in what we can.

Another thing we do with our project is to plant bee-friendly flowers. 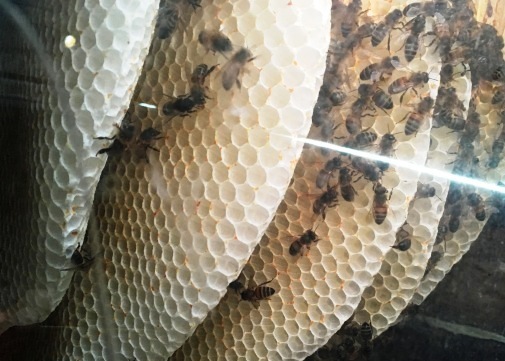 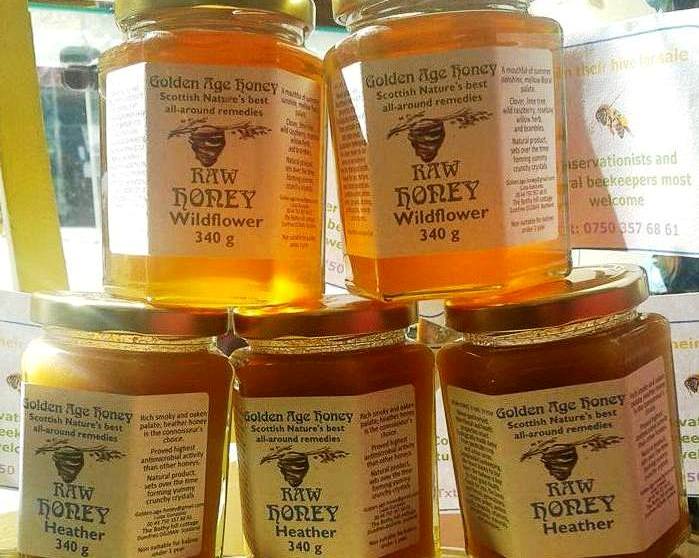 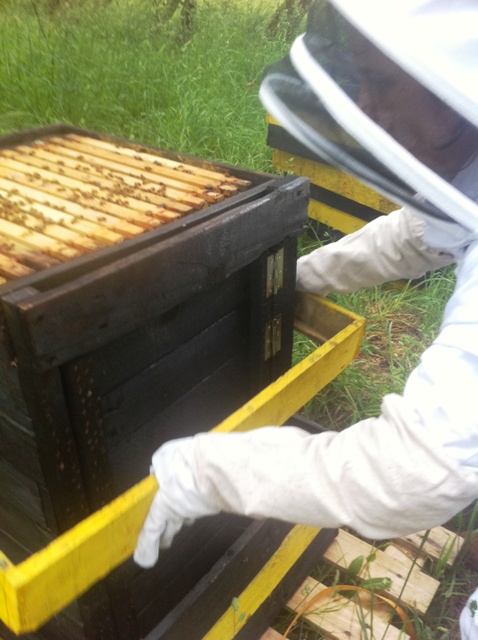 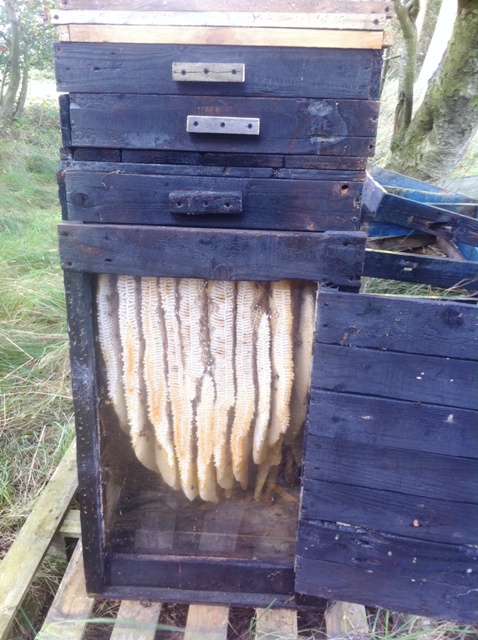 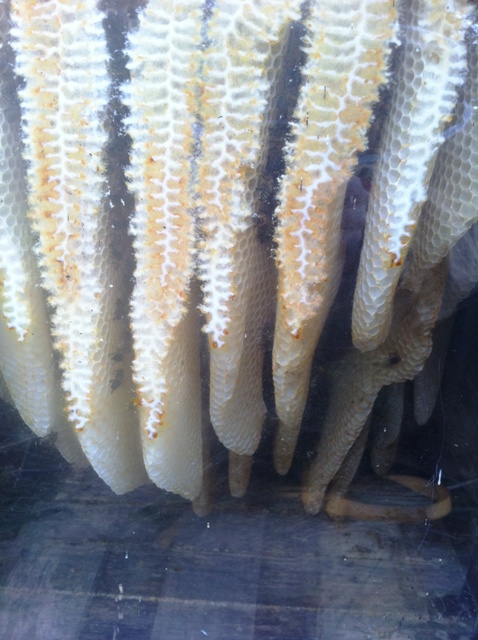 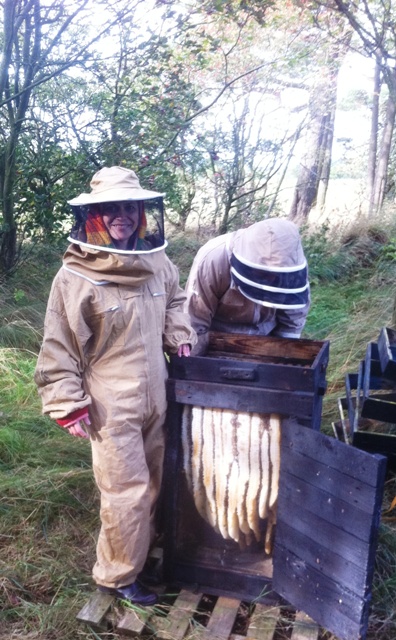 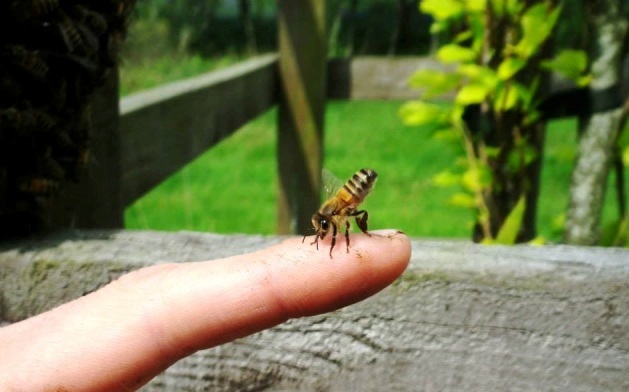 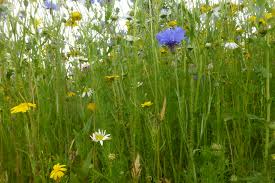 an extract from Low Impact.org

Honey bees have been seen for millennia as insects that live in hollows and that can just as easily live in boxes provided by man. In the 1800s various beekeepers experimented with so-called movable frame hives, in which the combs on which the bees live can be removed at will by the beekeeper. Being able to remove the inner parts of a hive to inspect its contents fitted with the paradigm of insects-in-a-box. Current conventional hives all date from this period, mainly being variants of the hive patented by Lorenzo Langstroth. Hives of this type are designed specifically to facilitate manipulation of the bee colony and BBKA training majors on such manipulation as a means of managing and controlling bees to maximise production of honey or the provision of bees for pollination.

Toward the end of the last millennium certain US beekeepers began to wonder whether such manipulation, which by then had become very intensive and intrusive, could be contributing to the bee decline that was even then becoming apparent. A simpler way of keeping bees was sought. At the same time, biologists began publishing books on bee biology that transformed our understanding of the bee colony. The desire for simplicity combined with a new understanding of bee biology acted as the seed for the emergent so-called natural beekeeping movement. In the initial phase of this movement some beekeepers focussed on simplicity while others focussed on biology. Nearly all, however, remained focussed on the beekeeper as the main actor in the story, seeing the beekeeper as someone who manages bees. In the later phase of the movement beekeepers have come forth who see the bee as the centre of the story, with the beekeeper playing the role of facilitator (see eg David Heaf). Bees are seen as quite capable of "managing" themselves given appropriate hives and forage. The hives can be of different sorts and may, or may not, be beekeeper-friendly; what is seen as important is that they are bee-friendly (and need not be expensive). 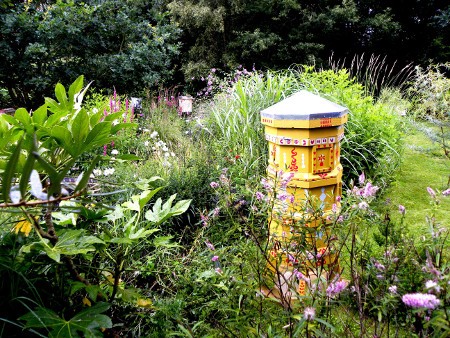 Conventional beekeeping has been largely untouched by these developments, which have mainly been propagated peer to peer via the internet and certain seminal books (of which conventional beekeepers are surprisingly ignorant). One can create a spectrum as follows:

The Natural Bee Keeping Trust NBKT stands firmly in the last of these three groups. Indeed many would say it is in the vanguard of this approach worldwide. We see the whole bee colony as the organism in the words of Tautz (The Buzz About Bees, Springer), as a mammal made of many parts. Tautz points out that the superorganism that results is a step beyond normal animals. The honey bee is thus to be seen as a highly evolved creature, more evolved in biological terms than cows or sheep or, in some respects, man. For the bee to return to its full vigour we need not only to address the environmental issues it faces but also need to change our understanding of the creature itself, to move away from the insect in a box approach which, in bee biology, is completely inappropriate.

Other natural beekeepers remain in the middle phase of the three stages outlined in the spectrum outlined above. Their husbandry approach is best described as "conventional-lite", arguably a stepping stone or transitional approach towards fully sustainable bee husbandry, sometimes referred to as "balanced beekeeping". 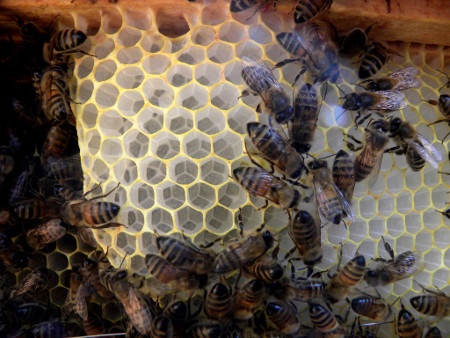 In conclusion, to make matters clear to new, or even existing, readers involves quite a bit of explanation. It is not just a question of giving a few tips or hints in how to keep bees. One has to see the whole undertaking in a new light. Interestingly, we find that non-beekeepers pick up on the idea very quickly, not having been through a conventional beekeeping training.

You will doubtless realise that the wholeness that comes from many parts, as exhibited by the bee colony, reflects the wholeness of nature that acts as one through many parts. We find that teaching about bees in this way opens peoples’ eyes to many aspects of the wider natural world and their relationship with it. They might even begin to see bees primarily as pollinators and honey as a special substance, rather than as a commodity to be traded as cheaply as possible in the world market, or produced in quantity for boasting rights at the local beekeeping association. We would dearly love to see a bee-friendly hive at the bottom of every garden–kept in a bee-centred manner, with genuine surplus shared with the family. 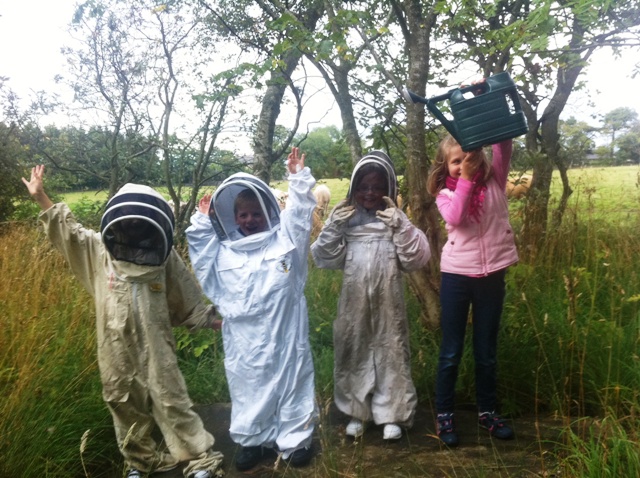 because we love bees!